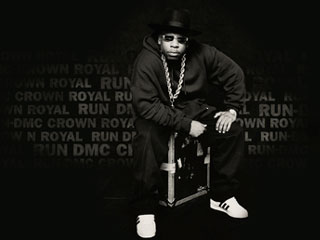 Jason Mizell (Jam Master Jay), was fatally shot inside a studio on Merrick Boulevard in Queens N.Y on Wednesday 30th October at 7:30 p.m. local time. For the latest up to date police info visit www.mtv.com

Jam Master Jay's scratching and mixing exhibitions on songs such as "Jam Master Jay," "Sucker MCs" and "Peter Piper" were so influential on DJ's at the time and future turntablists to come. Almost every DJ that has ever entered the World DMC DJ Championships would have used one of their tracks at some stage of their battling career. When we had a chance to speak with him on their last Australian Tour, we asked him how he felt about how every DJ at every battle over a decade (Since the world wide DJ battles started in 86) was using their tracks. He replied "That's why I structured our music the way it is, with the breaks at the right place, stabs and pauses at the right time, and so on .. so that I can use it at our shows and also for other DJ's to fuck with". He was essentially making beats for RUN DMC with a battle record in mind (10 years before battle records were invented).

Being a mainstream act in the early 80's, Jay made a statement  to the pop world by showcasing to the world that a DJ can make all the music for the lead vocalist live on stage, and that the turntable is an instrument.  "We'll never have a band," Run, once said before pointing to Jay,  "That's our band". Jam Master Jay's Showcases and production work inspired so many of us, and the world will now mourn the lost a real pioneer. A part of our DJ history has gone. Jam Master Jay alongside DST (Now known as DXT, due to a brother passing away) who scratched on the infamous track "Rokit" by Herbie Hancock were the very first to introduce "The DJ as an artist" to the world of pop music.

On behalf of DJsUnited I would like to send our deepest and heartfelt condolences to the friends and families of Jam Master Jay. There is absolutely no question that many of our members, staff and friends grew up listening to all their albums. I can't begin to tell you how much of an impact he had on my youth. If it wasn't for the doors that Run DMC opened for this culture, who knows where hip-hop would be today.  For that we will forever remember and carry the legacy of the great Jam Master.

The United DJ Mixing School will forever honor the Great jam master for blessing us with his knowledge.

The Memorial Site on the day after